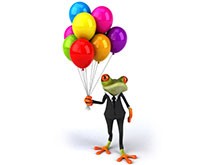 The story of how Frogmo was born started years ago when I was in grade school. Pretty much as early as I can remember I had an interest in electronics – especially computers. I can still remember the very first computer we had in our home. It was an Apple IIc. My mother had purchased it used from one of our neighbors, who had older teenage boys, who played different Choose Your Own Adventure games on it. The computer came with a whole host of games and programs on 5 ¼ inches floppy discs, a printer, and all of the accessories. This Apple IIc computer started my computer addiction. At the beginning I mostly played games and tinkered with the other programs that came with the computer. This quickly led to more interest in how these games and programs actually worked which in turn led to the beginning of my programming career.

My first experience with programming was with the programming language BASIC. Learning BASIC was a love hate relationship. At first it was very frustrating but then one day it just clicked and it seemed like all my frustrations were disappearing. Everything was actually starting to make sense. I still remember all of the GOTO statements and the endless lines of spaghetti code I created.

One of the first computer classes I had was in middle school. Our class worked on Macintosh computers and the program which sticks out the most was called HyperCard. HyperCard was a programming application developed by Apple. HyperCard allowed the user to develop a wide range of different applications and programs from simple to complex. It had a visual component to use graphics as well. This was much different than BASIC which was text based only. Now I could draw different graphics and scenes with GUI tools then write instructions (code) to make things move and interact on the computer scene. This was really cool and I will always remember this class in school.

Sometime in the late 90’s I was introduced to AOL and the Internet. My father had an IBM compatible PC (when the term IBM compatible was still widely used). Along with the computer he had a small device which a phone line plugged into and would connect the computer to the Internet. You guessed it, that small device was a dial-up modem. It would make a series of beeps and after a minute or two would establish a connection to America Online (AOL). My father would mainly use AOL to check his stock prices and read financial news. I mainly used the chat program to “talk” with one or two other friends who also had AOL. This was pretty much the only tasks the computer was used for. Overtime I learned there was whole lot more to the Internet than AOL. The Internet was a huge place!

Jumping forward a few years my interest in programming continued to expand. The next language I learned was Visual Basic followed by C++. With these languages there was a wide range of tools and IDEs (integrated development environments) available to use. This was good and bad. A good IDE makes tasks easier and quicker but can also make you lazy. As with any tool, I learned I still had to understand what was going on behind the scenes. I had to understand what the tool was doing and more importantly why. Learning C++ also introduced me to object oriented programming. Unorganized and tons of duplicate code was a thing of the past once I mastered the concepts of OO programming.

In 1998 I built my first website using Microsoft Frontpage. At first I thought Frontpage was the best tool ever. Then I started looking at the HTML it was generating when I was using its WYSIWYG (what you see is what you get) editor. Yuck!! That was some really ugly code. Once again I was reminded why I shouldn’t rely too much on fancy IDEs. I quickly learned to write clean HTML with a simple text editor. 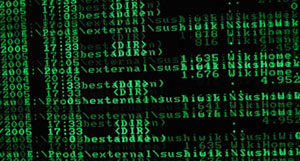 My interest in programming continued through college and afterwards as I entered the workforce. I learned several programming languages like ActionScript, JavaScript, PHP, and Java. My professional experience included a wide range of projects and applications. Most of these projects centered around the web in one way or another. Even outside of my software engineering career I found myself programming and creating websites. Family and friends recognized how big of a computer geek I was and started asking if I could develop a website for them. I loved to stay busy and keep my skills sharp so I quickly agreed. I started developing websites and maintaining them for a small group of people. This quickly expanded into additional work and I found myself not only developing websites but also marketing them and learning how to drive traffic to those sites and converting that traffic into additional business and revenue for the site owner.

I met up with award winning designer Sadie Howar in the spring of 2012. Sadie and I had known each other most of our lives but it wasn’t until that spring when we started talking about our professional careers and goals when we realized how much we had in common. We spent a lot of time emailing and discussing on the phone and it quickly become clear we should team up and offer our services to the general public. Over the next few months we met and discussed what services we wanted to offer and specialize in. We decided we wanted to focus on our strengths and getting the best possible results for our clients we could. We had both worked for several companies over the years from large corporations to smaller firms and we saw the advantages and negatives of both environments. We leverage this experience on a daily basis.

Nikki Thomas also joined Team Frogmo in 2012. Nikki had been working with me for several years as a copywriter. She has been a teacher for over 8 years and has more than 6 years of freelance writing experience for blogs and websites on a wide range of topics. She has a true talent for using words to explain and create vivid pictures for the reader and is an asset to the team.

By combining my love for programming, the technical skills I have gained over the years, and the unique talents of Sadie and Nikki, Frogmo was born and is quickly becoming a success. While it has obviously been a long road, starting at a very young age for me, all of my life experiences with computers have helped me realize that I’m ready to make my interests and dreams a money-making reality. Our goal at Frogmo is to offer excellent customer service and quality at a fair price. We keep our expenses low and pass on the savings to the client. We’re always on the lookout for new clients and challenges to add to our experience.

Jereme is the SEO Specialist and lead Programmer for Frogmo SEO and Web Development. With a degree in Management Information Systems and more than 12 years of experience in technology, he has the technical skills to set up, program, and maintain any website. His constant desire to learn has led him to expand his expertise to internet marketing and search engine optimization. Jereme’s skills and abilities play an integral part in getting clients’ websites noticed.